Tezz Mobile Solutions is excited to be helping Jerry Demings with the upcoming Mayor Elections.

With the current political situations in the country it has become even more important to be involved with local political elections. Voting for the president is often the first thing that comes to mind when most of us think of taking political action. While it’s true that voting for the highest office is important, the changes that most affect our day-to-day lives are often closer to our backyards than to Washington.

I’m talking about local elections.While the presidential campaigns get most of the media spotlight, the president doesn’t have as much of a direct impact on the lives of citizens as you might think. Our local elected officials are the ones who dictate the local laws, policies and budgets that affect us the most, and these officials are being elected every year with little citizen involvement.

You can hardly go two minutes without hearing about the importance of voting for president, and how much your voice matters, but less attention is given to the impact of local politics. Local politics influence all of the decisions that have a direct influence on our day-to-day lives, from the laws we’re most worried about abiding by, to the streets we drive on and whether or not they’re riddled with potholes, to whether or not we’ll have to pay for plastic bags at the grocery store, and more.

Too often, voting is seen as something that occurs once every four years — and that needs to change. Local elections are taking place every year and their implications are long lasting.

Our team believes in the stability experience and leadership that Jerry Demings brings as a candidate for Orange County Mayor (https://www.jerrydemingsformayor.net)

5 Ways to Hemorrhage Cash with your Mobile Marketing Strategy

Marketing That Produces Results - Is Your Business ready?

How Big Should Your SMS Database Be?

What are the 7 Types of Digital Marketing? 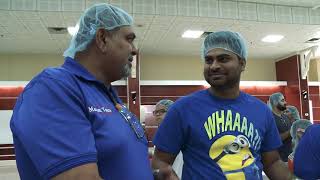 Community Give Back October 2017

We Have added MMS feature

5 Ways to Improve Customer Service With